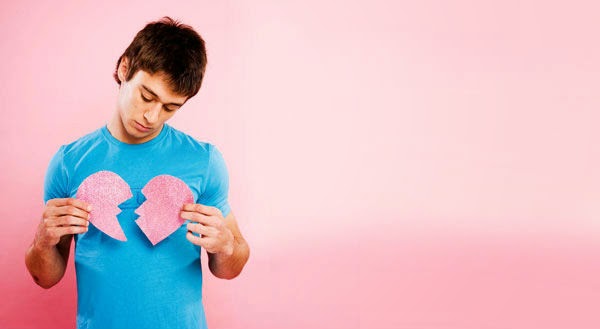 1. Reconnect with friends and family.

Few things will socially isolate you as effectively as being in a toxic relationship. Bad boyfriends and husbands have a habit of monopolizing their partner’s time, controlling their activities, and generally making it difficult for them to remain connected with their loved ones.
Embedding yourself once more into those loving social circles is necessary if you’re going to get out of your toxic relationship. Your friends and family will support your decision, they will provide you with the emotional assurance you need to feel that you can live on your own again, and they will provide you with safe spaces to stay throughout the process, especially if it involves moving out of your current living situation.

“If you’re upfront with all the men you meet,
you’ll find most of them will totally understand.”

2. Make it clear that you’re unhappy.

There’s a good chance your man won’t have any idea you want to leave him. To prevent the split from feeling too shocking, make sure he knows well beforehand that you’re not happy in the relationship and you’re thinking of ending it.
Most relatively healthy breakups take weeks, if not months, to play out. This timeline gives you and your man time to acclimate to the idea of being apart, to begin to take care of the logistical elements of your split, and to generally exit on as mutual terms as possible.
Unless you live within a truly abusive relationship where your safety is at stake, it’s better to end things gradually and mutually than to incur the karma of a sudden, unexpected split.

If you and your man travel in similar social circles, then act friendly and civil towards him, but do NOT entertain the thought of remaining close friends. Not yet, at least.
You need time and space to reconfigure your feelings toward him, to process a lot of the negativity, resentment, or just plain boredom you accumulated with him, and to figure out who you are without him acting as a serious pillar within your life.
Aside from your personal needs, you and your man’s relationship needs this space to determine what form it will take now that you’re no longer lovers and never will be again.

Following the end of a toxic relationship, there’s nothing healthier than meeting and dating a lot of new people.
Jumping into a new serious relationship all but guarantees total failure. Casually dating a lot of new people after a serious breakup gives you the ability to reset your expectations and to explore what sort of man you might want to date next.
Don’t worry about the morality of being a little more promiscuous or uncommitted than you’re accustomed to. If you’re upfront with all the men you meet, you’ll find most of them will totally understand and will be more than open to providing you your new needs.
Have you found the right one, or are you still searching?

Previous Post: The Dos and Don’ts of Online Dating Next Post: 3 Ways to Find Out You are Dating the Right Guy