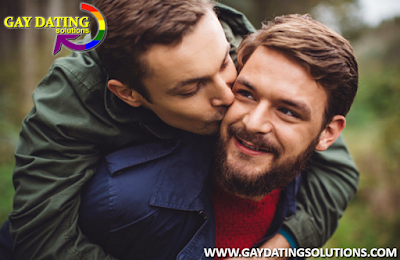 Learn how to be interesting, kind, caring, and unselfish. Work hard at changing your character defects. (If you are not sure what they are, ask your mother!) Become more well rounded. Complete your education. Get a hobby. Volunteer and expose yourself to people who are less-fortunate than you are. Travel abroad and see how fortunate we are in the USA. Learn some humility by volunteering to serve others. Take a listening class. Get some counseling if you need to learn to be assertive or how to share your feelings. If you have some childhood traumas deal with them now, with someone who can give you professional help.

Learn to be happy with yourself, first. No man, no matter how right is going to make you happy. You will only be happy in your new relationship if you are happy inside first.

2. Evaluate your physical attractiveness. Nobody looks like the models in magazines. We each have something going for us though. Find out what your best feature is and accentuate it. Wear clothes that flatter you. Accept yourself for who you are, but don’t use that as an excuse to let yourself go either. If you are overweight, consult your doctor and find out what is healthy for your size. Men want to be proud of their partner’s appearance, not embarrassed. Small changes can make a world of difference in your looks as well as your outlook.

3. Know what you are looking for in a man. Here are some qualities to look for in a healthy relationship: common values and similar culture, ability to forgive and be forgiven, ability to be challenged and confronted without defensiveness, desire to raise children, common goals.

Ask yourself, Why do I want this relationship? To lose myself? To find myself?· To make up for what I lost in childhood? To keep me so excited I can’t be depressed? To boost my sagging self-esteem? To be a temporary fix until I decide I want something better? For security or someone to take care of me? To be in control? To show off to my friends that I can get a man? To get my parents off my back? To run away from my responsibilities?

Ask yourself where you want to be in twenty-five years. What type of person do you want to become? What you choose today will have an impact on what you get later. Choose wisely. What looks good now may cause heartache later.

4. Rise above past mistakes. You are not doomed to an endless series of losers. You are half-way to Mr. RIGHT by seeing what you have done wrong in the past. You cannot correct something you did not realize was stupid. Congratulations! You are starting to develop humility, which is a good trait. Just don’t let it turn into self-pity and low self-esteem.

We all fail and make mistakes. We all have things we remember with regret. We can change and grow and become new creations. We do not have to be doomed to failure over and over. There are many resources available to help you turn your life around. Do not give up.

5. Be open to gay dating services and the Internet. Is it safe to look there for someone? It depends. Personal ads have been around for years, and the Internet Web pages are just an extension of them. It used to be that only the “desperate and dateless” used personal ads, but now it is commonplace for almost anyone to take advantage of Web pages for matchmaking. You will find categories and types of listings you never thought existed. It seems that everyone is online now, and access can be overwhelming.

Some couples have been successful in establishing satisfying relationships with the Web. Others have run into problems all the way from being deceived, to being murdered. Millions of people are online every day and you must be aware that like anywhere else, you will meet all types. Using common sense, and seeking reputable services with good references are the basics when going online. Certainly, never agree to meet someone without proper precautions such as meeting in a public place, and having a friend with you or nearby or who knows where you are going and with whom.