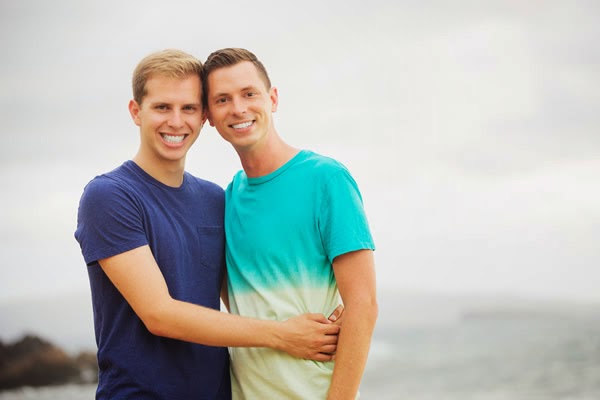 Do you want to find a boyfriend and you’re a young gay guy who just turned 18?

For young gay guys, it often feels like dating is futile. The men you like never seem to like you back. Or they’re only looking for something casual. Or they play games. Or they never put you and your feelings into consideration when making decisions. Or they’re just…terrible…you know? So dating is often a pain in the ass for single young gays. That said, here are some helpful dating advice for guys who want to make the whole dating process just a tad bit less painful.

You miss all the shots you don’t take.

We all know the problem – you have a crush on a guy. It’s a dilemma that will plague every generation of confused teenagers for millennia.

So here’s a piece of advice: If you fancy someone, ask them on a date! Fear of rejection will only hold you back in your quest of finding The One.

Fearing rejection is normal, but move past it.

Whether you’re using dating apps or not, rejection is a normal thing that is going to happen. Someone may reject you because they aren’t into your gender or they might reject you because they’re not into you. And either way is okay. You need to keep moving, even when that hurts. You will find someone who is into you as a man or who is just into you for you!

Pick the right app, not just the most popular one.

You already know that when you’re searching for a partner in the LGBTQ community, you’re fishing in a smaller pool than most straight cis folks are. The best way that you can boost your chances of success in finding love is by picking the right toolkit!

If you decide to widen your search a little by using a mainstream dating app, make sure to pick one which offers a highly sophisticated search function, so that you can quickly drill down to see only people that you are interested in having a relationship with. Or you can try newer premier gay dating sites like Gay Dating Solutions and My Gay Match.

My Gay Match is a new gay dating site that focuses on matching gay men not only on demographic information but a unique personality measure developed by a psychologist. All members are personally confirmed and carefully screened by their staff to prove that they are real. If you’re looking to find a warm and meaningful connection with interesting and caring single gay men this is the site for you. The gay dating website is currently offering a free 30-day trial.

Video chat before you meet up.

If you meet a guy online and decide to meet up, video chat with him first. This way, you avoid having the frustrating situation of getting all dressed up, excited, commuting to wherever you are meeting, only to realize within seconds you have absolutely no attraction to him. A brief, video chat can help you avoid this situation entirely.

There was this guy I dated who was smart, funny, attractive, genuine, kind, and the list goes on and on. But despite all of this, there wasn’t that spark. I didn’t know why. I should have liked him. Foolishly, I tried to force the attraction, thinking that maybe over time I could grow more attracted to him. This did not work. What I learned from this, is that if you don’t have that special attraction or spark, don’t try to force it.

Above all else, follow your heart (but let your head have a say, too!)

However you identify, whoever you fall for, good relationships are good relationships. If someone makes you happy, then dive in! Just remember to check in with yourself – and your partner – on a regular basis to check that your needs are being met.


The dating pool when you’re gay can have rough waters and it can be a little shallow. But you have to swim around to find your right match. Don’t overthink things, the vast majority of first dates and hookups aren’t going to lead to anything serious, and that’s OK if you just enjoy them for what they are.