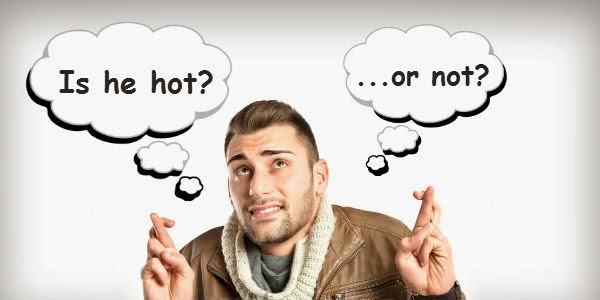 Every date I’ve had in the past year had originated from an online source. One of the earliest began with the occasional hello on gay dating apps and eventually escalated into a full-fledged text relationship. We realized through our incessant messages we were texting on the precipice of a great relationship. Everything was going so well I even included him in my imaginary Oscar acceptance speech because I knew I’d eventually have to thank him for giving me a love I had never experienced before…
…but unfortunately I never would.
We never met in person as the chemistry was flourishing. When we did finally meet, the imminent love I imagined was extinguished before it had the slightest chance to exist. Like the flick of a light switch, in person, he was turned offline.
I let him have the initial blame for our failed relationship, as he had declared himself romantically inexperienced. I assumed the slightest hint of anything real left him longing for the comfort of the confidence he could only get while hiding behind technology. But then I considered my own contribution. I know I’m shy around new people, so perhaps my overtly social online identity didn’t translate well into reality.
After a few months, he broke his silence and confirmed the latter. One of the greatest aspects in the proliferation of social media is the connectivity us gays can experience. Any lack of direct exposure to the gay community is augmented by the direct access to our own personal online world.

“We can get caught up in the potential of a
relationship that the expectations grow bigger.”

We need to accept a potential reality.
There can be a disconnect between your online persona and your real-life personality. You can send lengthy emails fully disclosing your harrowing life story and countless agreeable texts describing similar interests, but there’s always going to be gaps you can’t fill with the written word. The absence of real-life human companionship allows your mind to run free to envision the most perfect first date and the most perfect real connection.
We can get caught up in the potential of a relationship that the expectations grow far bigger than reality can offer. You may be standing in front of a perfectly decent guy, but he’s standing in the shadow of your own imagination. Any excitement you had is replaced with a sense of disappointment neither of you deserve.
I’m not discouraging the use of a digital dating scene, but I’m encouraging expediting the time it takes to actually meet. You do need more information than Grindr’s abbreviated profile of height and ethnicity.
There is no better test of compatibility than one in which your eyes can see more than words on a screen and your fingers can touch more than just a keyboard. How has an online date not met your expectations?
Have you found the right one, or are you still searching?