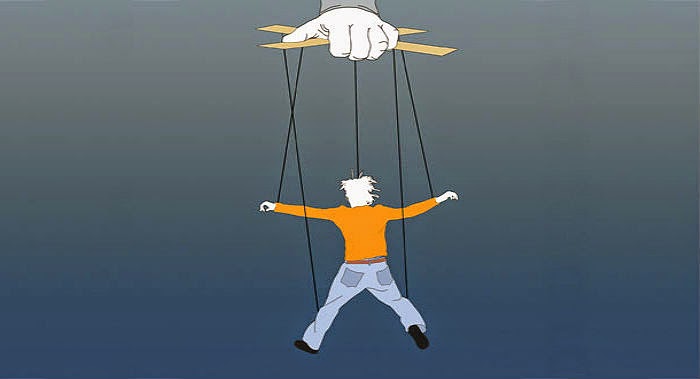 Question: My partner and I have been together for 9 years and we have a problem with control in our relationship. My partner says that I’m too controlling and it’s gotten to the point where I feel like I have to watch everything I say for fear that he’ll think I’m trying to overpower him. He says that I try to control how he thinks and feels in most situations of his life. I’ve asked him to write down the areas of his life where he feels I’m controlling him, but he resists this. I’m not sure what to do and I’m getting to the point where I’m questioning whether this relationship is viable. Any advice?
I’m sorry to hear about the struggles you’re having with your partner. It’s going to take the two of you working together as a team to be able to resolve the difficulties you’re having, and to view that as such so you’re not approaching your disagreements with a “you against me” attitude that will certainly end up in a stalemate. I like how you’re trying to be proactive in your efforts to communicate and get a dialogue going with him by suggesting a non-threatening writing exercise to identify any grievances that exist, but he may even view this gesture as “controlling.” The truth is that there is nothing you will be able to do to get him to participate in a dialogue with you; we can’t “make” people do what we want them to do and only have control over our own actions. You can try the direct and assertive route or try and influence his behavior through changes in your own demeanor and actions.
In a relationship, it’s important to have both an individual and a couple identity. Too much individual identity makes a couple feel like roommates as they live parallel lives but share very little connection with each other. Too much couple identity can cause partners to feel suffocated, smothered, and controlled and their individual pursuits and needs can feel stunted. Often times “controlling behavior” can result from this imbalance in individual and couple identity and would be something important to discuss with your partner as a possible source for this perception. Damaged trust and a lack of a sense of safety and emotional intimacy can also be a source or symptom of issues with control. Anxiety, insecurity, and fears of abandonment/engulfment commonly underlie efforts to control a partner and these origins will want to be explored and healthier outlets for getting those needs met identified.
Adding more balance between activities that are couple-oriented versus autonomous can be helpful in breaking this pattern, as well as phrasing demands as requests and accepting that he has the right to say “no”, and expressing gratitudes and appreciations for what your partner does rather than does not do can help change the  negative climate. This often takes considerable time and consistency to help demonstrate commitment to change to help restore the trust and feelings of safety. Expressing and taking responsibility for your role in the difficulties can also help break the ice with the accompanying behavioral changes to make restitution. It would also be helpful for both of you to identify the needs you have for an ideal relationship and use that as a springboard for creating and working toward that vision. Through this process, hidden resentments can be pinpointed and worked through to contribute to any healing that may need to take place for forgiveness and change. It will be important to understand specifically what “controlling behavior” looks like from his perspective, but if he won’t tell you directly, try to take stock of times he became upset in response to certain behaviors you exhibited and see how you might go about altering your responses (as long as it remains true to who you are) to begin changing his perception of you in that way.
Hopefully some of these suggestions will be helpful for you. Depending on how much damage has occurred in the relationship, any efforts on your part to enlist him in attempts to improve the relationship may be viewed as more “controlling behavior”, so hopefully there’s still some “wiggle room” here for him to see some incentive in trying. Your softened approach, allowing plenty of space, and changing the way that you respond to triggers that typically lead to conflict will be critical in his viewing you as being serious about his needs and desire to change the dynamics in the relationship. Both of you seeing an individual and a couples therapist might also help expedite your reconciling a more fulfilling partnership. My fingers are crossed for you and I hope your partner chooses to “play ball” with you.
Have you found the right one, or are you still searching?
Join a gay dating site where you can meet single guys from any town or city. Rely instead on Gay Dating Solutions to do the work for you!
Don’t get fooled by FREE offers made by other sites. Gay Dating Solutions is offering a free 6 month promotion ABSOLUTELY no strings, request for credit card numbers, etc…it is the only site that is truly free to join!
Sign-up now: www.gaydatingsolutions.com
Like us on Facebook: www.facebook.com/GayDating101
Tweet us: twitter.com/GayDating101

Previous Post: Gay Relationships: The Importance of Kissing To Gay Men Next Post: Gay Chemistry: Is It Real?