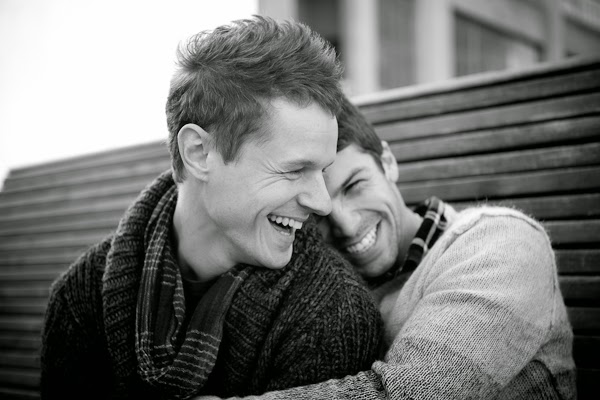 We all know relationships aren’t easy, but trying to keep your man happy can be even harder, especially if he’s an insecure person. A long relationship requires a bit of effort. As the years go by (and the honeymoon phase begins to fade), there’s nothing wrong with reaching into your bag of tricks to try and get the spark back. A man’s gotta do a man’s gotta do, right?
Staying in love takes more than just infatuation, even in the beginning stages of a relationship. In this day and age there are so many ways of communicating that we often forget the basic human connection of heart-to-heart intimacy. If you want to make your man happy, all you have to do is be present. But even that requires a conscious effort at times. Here are a few things to keep in mind:
#1) Actions Are Louder Than Words (and Vice Versa)
This has been the oldest rule in the book for a long time. But what most people fail to understand is that it works both ways. Don’t think that making him a nice dinner or taking him out on the town is an adequate replacement for “I love you.”
On the flip side of the coin, acknowledging his accomplishments and doing nice things for his birthday/anniversary/special event can be much more powerful than saying a half-assed version of “I love you.” Always be genuine when you’re expressing your feelings, whether it’s through actions or words.
#2) Don’t Lie To Him (Nor to Yourself)
A relationship is rooted with honesty. Without it, there is no trust. Make sure every concern is raised whenever there’s a reason for it. He will have no choice but to do the same thing for you. In an honest relationship, there is little worry and anxiety about the other’s well-being.
The keyword here is “real,” especially when it comes to sex. When you’re out and a hot guy walks by, chances are, he’s going to check him out. But be real. You’re looking at him too, right? Repeat after me: “It’s okay for a man to look at a hot body.” You’re the one he’s going home with, after all. Honesty, both with him and yourself, is going to rid your man a lot of aggravation down the road.
#3) Know His Red Flags
One of the best (and most dangerous) things you can ever share with your man are pet peeves and “trigger” topics. These are the issues, people, topics, actions, or characteristics that drive your man absolutely insane. If the relationship is new, it’s crucial to figure out the signs. The last thing you want to do is to push his buttons unwillingly. No matter how bad an argument gets, never use these red flags against him. Trust me, they’re harder to forget than you think.
#4) Keep His Feelings Close To Your Heart
If there’s one thing that can ruin a relationship, it’s totally ignoring the other’s feelings. It’s all about the details, right down to what movie you’re going to watch on a Sunday night. If it’s all about “me,” then you might as well date yourself.
This also transfers to other areas. When you’re out with people he doesn’t know, make sure to include him. Never leave him sitting at the bar or by himself at the corner of the table. Involve him in the conversation or get him to tell a few jokes/stories. His feelings are important, and as his boyfriend, it’s crucial to consider them at all times.
#5) Accept ALL Of Him
If you don’t accept him during his bad days, then frankly, you don’t deserve him at his good. It’s easy for people to intuitively feel one’s energy, especially when you’re in a relationship. Never let him feel like you don’t accept his insecurities, past, family, friends, or anything that makes him “HIM.” You’re accepting the whole pie, not just the yummy crust.
Have you found the right one, or are you still searching?
Join a gay dating site where you can meet single guys from any town or city. Rely instead on Gay Dating Solutions to do the work for you!
Don’t get fooled by FREE offers made by other sites. Gay Dating Solutions is offering a free 6 month promotion ABSOLUTELY no strings, request for credit card numbers, etc…it is the only site that is truly free to join!
Sign-up now: www.gaydatingsolutions.com
Like us on Facebook: www.facebook.com/GayDating101
Tweet us: twitter.com/GayDating101