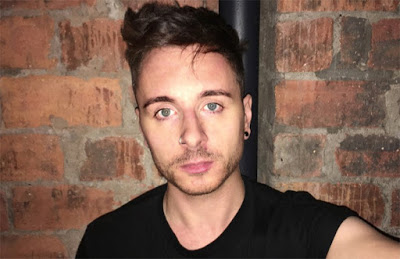 Hook-up culture if evident everywhere in modern society. A whirlwind of casual sex in flashy clubs and dark bedrooms; in the backseat of cars, even in tents during a drunken haze at festivals.
It’s one of the most divisive trends to sweep our society, but is it causing any harm? And, if it is, what is the damage it can inflict?
For a lot of gay men, it is now routine to go to parties or nights out with the intent of getting drunk and having sex.
Some will say that there’s no harm in it; I mean, as long as all parties involved are consenting and being safe then what’s the issue?
Well, as someone that’s had his fair share of hook-ups, for me it’s the feeling of emptiness you’re left with afterwards. And that’s just the tip of the iceberg of issues.
We’ve all been there. You wobble into the room, swaying from side to side. You’re one Jenga brick away from collapse, but you soldier on.
We feel compelled to complete this mission: let’s fuck! You look down and he’s lying there: naked; ready; waiting. A silent agreement is struck; don’t ask, don’t tell. He’s not interested in my sexual history and I don’t want him to rattle off a list of his previous partners; he’s here for sex and so am I.
If only it was that simple, right?

I’m not going to romanticize it. For me, there are fewer situations that are more degrading than the post-sex silence. There’s a used condom splattered across the floor, staring at you like a rubbery, judgmental slug.
Your body feels slimy as it’s covered in sticky fluids and lube and all you want to do is shower; not because the person you slept with is dirty, but because you feel disgusting.
Every time I’ve hooked up with someone I’m left with a fuzzy feeling of discontent. Thoughts run wildly through my mind: ‘I’ve let my body be used’ being the most common.
You just lie there, surveying the wreckage, trying to navigate your emotions and steer them in the direction of stability. Suddenly your life feels like a drama-documentary on gay life and here you are living up to that floozy stereotype.
To me, that’s one of the dangers of hooking up with someone – you risk feeling awful afterwards. So why do we do it? Why did I do it?

When you’re fully charged and ready to go, the idea of a quick hook-up is strangely compelling. I mean, getting off is more fun with someone else (usually, anyway.)
It can also be a good tactic for mending a broken heart; my aunt once said to me, ‘the best way to get over someone is to get under someone else.’
Ultimately, though, it didn’t work. One time – and I am not overly proud of this – I sent a guy a list of snacks and stuff I needed from Tesco and he agreed to bring them over with him. In my defense, I was sporting a wicked hangover (how’s that for flimsy rationalization?)
There are other causes for concern. A lot of people who struggle with mental health issues use hook-ups as a way of making them feel like they’re worth something, that they are desirable. Unfortunately, that sharp, smiling fragment of regret is often all we’re left with afterwards.
Is casual sex a good coping mechanism though? I don’t know the answer to that, but what I can say is that it’s a warm and welcome distraction from whatever is hurting us.
Read more at: Gay Star News.
Have you found the right one, or are you still searching?