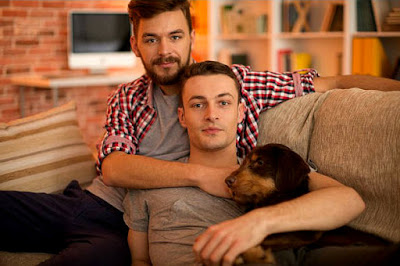 There are many more pesky practical details involved in a marriage or live-in relationship than in dating, courtship, or engagement. If the two of you are now sharing your lives, you can easily get overwhelmed, especially in the early stages, by day to day problems and the business aspect of your relationship. Important life details like adding a spouse’s name to a deed, adjusting insurance coverage to include a significant other, getting dual memberships, and establishing official and social recognition are necessary but not why you decided to get together.

Don’t shirk realities but do agree to make a cozy, comfortable, sexy, happy love nest the priority. Creating quality time takes time. Problem free fun can be and should be on your agenda but some of the best quality and fun happens when there is nothing left to do but be together. Setting regular, limited time to take care of business prevents them from consuming your time or popping up when someone is feeling amorous or just not in the mood for decision making or difficulties.

Druie had dropped quite a few notches at work. Some of his downfall was due to his arrogant attitude and an inability to delegate or share credit but he was also part of a fall out from a corporation that was losing its market. The company was taking the questionable approach of trimming the sales department (by seniority rather than profitability) and not attempting to re-invent their marketing platform or identify a new client base. Druie’s part was changeable. Their part might not be.

Druie was taking it all to heart and to home by continuing to diminish himself when his workday was over. He was miserable and angry. But for lack of an action plan for hanging on until the storm subsided or improving his game, he took it out on his partner Jon. At home he indulged his temper and having little going his way at work, insisted that everything go his way at home. Druie wasn’t fully aware of this inequity and his need that was driving it. He had just become more and more stubborn about believing and insisting his way was better.

We worked on a strategy for keeping his head above water at work until he could figure out whether to swim or get out. But the real emergency was at home. Their downhill spiral needed to stop before building resentments became momentous. Jon hadn’t volunteered to be a punching bag and was fighting back with the result of worsening their relationship. Druie was cutting himself out of the pleasure he took in pleasing. The two of them worked together to develop a personal financial strategy so that Druie could exit his job if needed and agreed on strict boundaries for the nastiness that was growing between them. The new rules were no name calling, character assignation, yelling, or swearing, daily fun, and re-uniting sexually.

Druie is still unhappy with his work life (coping with ambiguity is hard for all of us) but at least he is more stable emotionally since he pulled his relationship out of free fall.

Changes cannot always be made immediately. You are not powerless if you hang in and do your best to keep a relationship going.

The bleed factor from professional or personal applies both directions. If you are insecure and anxious or masterful and cooperative at work, you will probably bring it home. If at home, you are bitter, resentful, and complaining or lovable with a good balance self-love and empathy for others, that is who goes to work with you.

What works for work usually works for love, play, and life in general. You can pick any influence: a higher power and use your faith to aspire to a life of principals and believing that good will come to you; yoga and meditation to increase focus, building core strength to feel more powerful, or always centering before acting. Find a mentor or mentors that you admire both personally and professionally who are achievers in their craft and their ability to love. Learn their habits and make loving an art form.

Previous Post: Pro Wrestler Mike Parrow Comes Out, Says Mean Gays Kept Him Closeted Next Post: Say Goodbye to Being A Mean Gay in 2018 – It’s Time to Cheer Each Other On