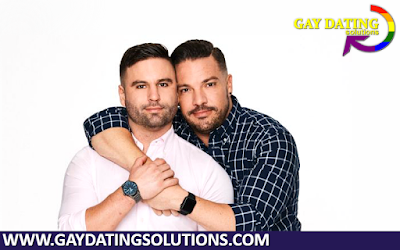 It takes more than love for your relationship to work.

Although love is the foundation of any happy romantic gay relationship, love is not enough. In order to have a healthy relationship, both parties have to be willing to work on it.

Most gay couples strive to have a successful and rewarding relationship, yet it is normal for gay couples to have ups and downs. To meet these challenges, and to keep your relationship healthy and happy, you need to work at it. Relationships are like bank accounts – if there are fewer deposits than withdrawals, you will run into difficulties.

Here are some tips that may help you improve your relationship (and be better prepared to meet the challenges along the way).

Gay couples who engage in exciting and enjoyable activities together have greater relationship satisfaction from before to after the shared activity.

2. Develop empathy and really listen to each other

Good communication often starts with a desire to understand other points of view. How many arguments have you had that have just spiraled out of control because no one is really listening or attempting to understand? I think one of the most important things we can all do, whether for a relationship or not, is to develop a strong sense of empathy and compassion. Grudge-holding, bitter thoughts and and negativity towards others will only backfire if you hold onto it.

When you’ve been together for quite a while, it might seem easy to take your partner for granted. Say “thank you” more, tell them you love them, or send cute texts (in moderation of course). Let your partner know how much he means to you so they never feel taken for granted. This is probably one of the most important tips for a strong relationship.

Accept that arguments will happen, and try to resolve them with respect. The strongest predictor of a breakup is ‘contempt’, which is any action whereby your partner feels ‘put down’ by you, whether it is the tone of your voice or what you say. In arguments, we sometimes become overwhelmed and this often leads to behaviors that harm our relationship.

Increasing research is pointing to a great sex life as predicting better relationship satisfaction—but not the other way around.

6. Give your partner space

The philosopher Arthur Schopenhauer used porcupines to explain a dilemma which often exists in human relationships. Two porcupines trying to keep warm will move closer to one another. However, if they get too close they prick each other with their spines.
The same thing happens in human relationships: we want closeness, but we also want space. The key is to find that sweet spot at which we feel the warmth that comes from being in a relationship, while at the same time allowing each partner to have enough space so that neither one feels like they’re being pricked by the other’s spines (feelings of lost individuality, feeling crowded, and so on).

7. Have a good relationship with yourself