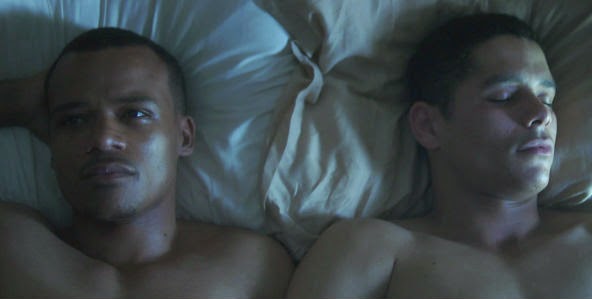 You love your boyfriend more than anything and can’t imagine life without him. Things are generally good between you…except when it comes to sex. You hate to admit it, but it’s just not satisfying to you. He’s a bit selfish in bed, wanting you to do all of the work to please him, which you don’t mind since you enjoy his body.
But when it comes to your turn, he’s less than enthusiastic about returning the favor. To quote Samantha Jones, “Honey, they don’t call it a job for nothing.” And that’s exactly how you’re starting to feel – sex with him is a job. You don’t want to break up or get your sexual needs met elsewhere, so what do you do?
Start by understanding what you want and need sexually.
Sex is a natural part of life and a basic human need to express sexuality. Through sex, we express pleasure, intimacy, emotions, vulnerability and connection. Some people choose to experience all of these during a sexual act, while others are only concerned with one or two of them.
When we have an no-strings-attached hookup, for example, we may only be interested in fulfilling our desire for physical pleasure, while sex with our boyfriend could be less about the physical pleasure and more about the emotional connection formed during the act.
Some people are perfectly happy to service their partner without any expectation of reciprocity, while others may want a more balanced scale.

“Let your boyfriend know
what pleasure feels like to you.”

The question is what desire do you want fulfilled when you have sex with your boyfriend? If you are dissatisfied with the sex for any reason, then that is a good indication your needs are not being met. With a clear picture of what you do want sexually, you can now step back and compare and contrast how the sex is matching up to these needs.
Now you have the proper framework for discussing this.
Be curious and find out what he wants sexually, and don’t be surprised if it’s different than what you want. He is a different person, after all. Then see where your needs and his needs match. From this point forward, it’s all about communication and compromise as two human beings search for common ground.
If you are both open and honest about what you want and need, then you will certainly find some middle ground. And, more importantly, it will break down even more barriers between you two and create more intimacy as each of you become more comfortable with being vulnerable and communicating what you truly need.
You have both consciously entered into a relationship with each other, so (at least on some level) you both want to please each other. Let your boyfriend know what that pleasure looks and feels like to you, and then listen carefully to how it looks and feels to him.
Who knows, perhaps the sex will transform into something better than either of you could have imagined!
Have you found the right one, or are you still searching?

Previous Post: Don’t Be The Crazy Ex: 8 Things to Avoid Doing After a Break Up Next Post: The Difference Between Confidence and Arrogance