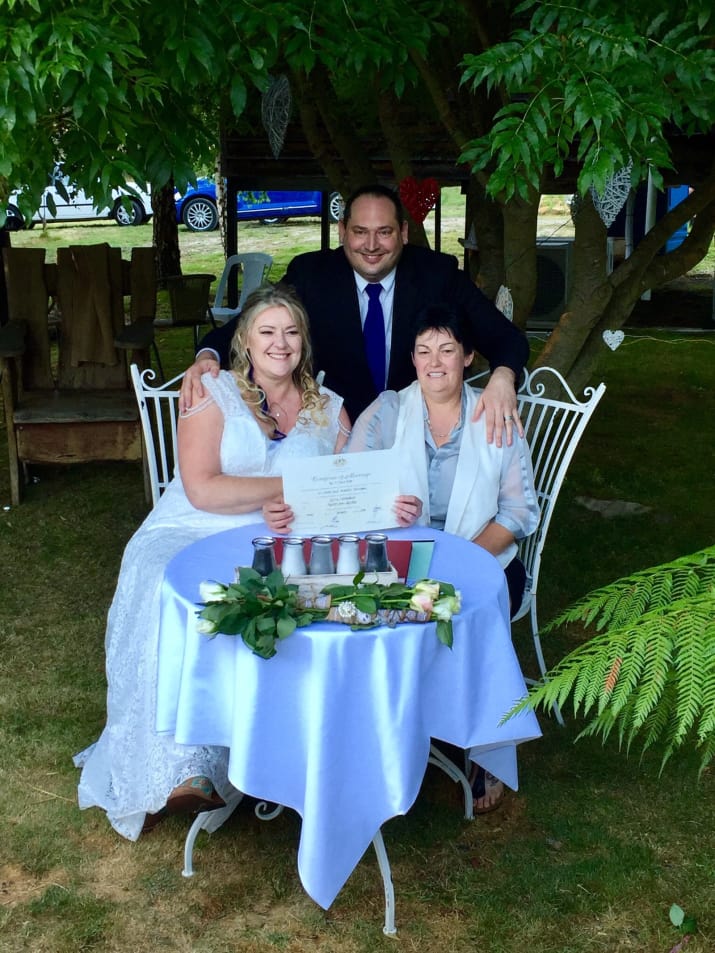 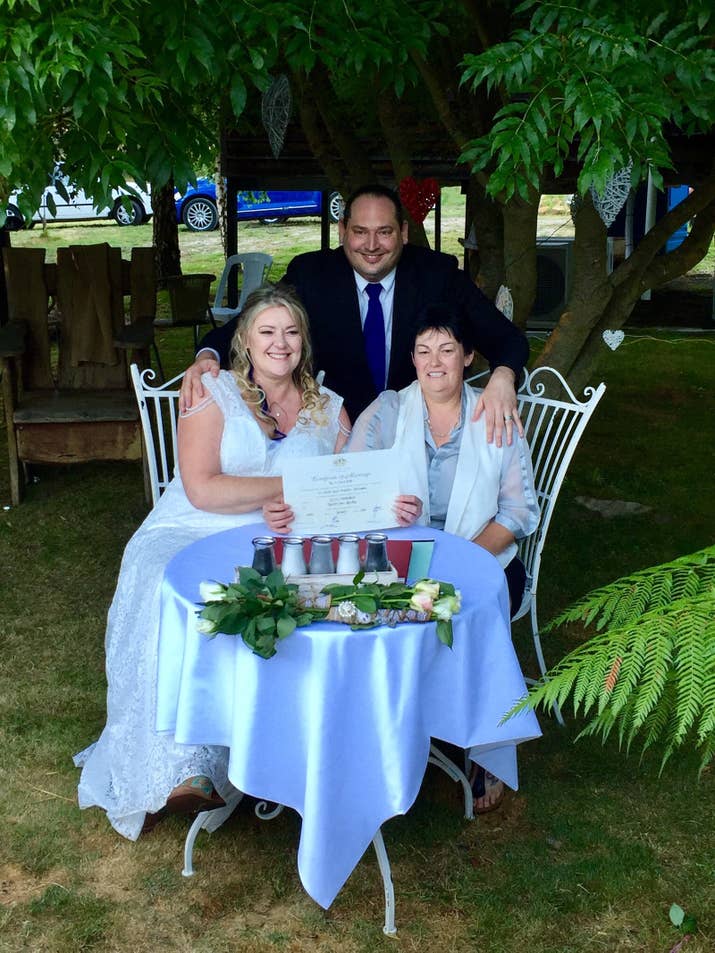 As the sun rose on Tuesday morning, Roz Kitschke and Lainey Carmichael said their vows in the backyard of their home in Franklin, Tasmania.

It was a picturesque scene: a dam visible in the background of the seven-acre property, the brides and their families and friends gathered on the grass.

The proceedings kicked off around 5:30am, a schedule based on a rather practical, and very Australian, concern.

“It was mainly for the heat, to be honest!” said Kitschke. “We knew the weather would be cooler.”

But the symbolism of the sun rising as they were finally able to join millions other married couples around Australia wasn’t lost, either. 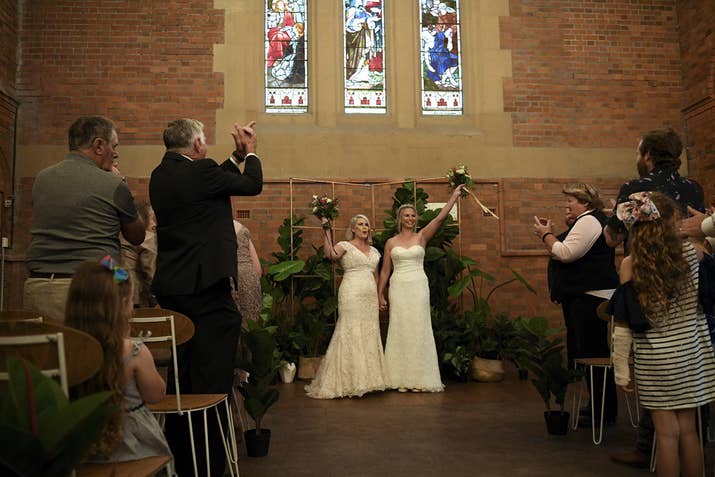 January 9 marks a new normal in Australia: It’s not the first day same-sex marriages are recognised, but it is the first day that most couples could actually tie the knot, after waiting out a standard 30-day notice period for marrying in Australia.

A small number of couples were granted waivers to hold their weddings early due to international travel or illness, meaning the very first same-sex weddings were conducted before Christmas.

But for most, Tuesday marked the end of the 30-day notice period. Some couples got in as soon as they could by holding midnight weddings, saying “I do” just as the clock ticked over into the new year.

Some of the couples marrying on Tuesday – such as Melbourne’s Ron van Houwelingen and Antony McManus – had married each other before, in civil or non-legally binding ceremonies.

After becoming engaged in 2014, Kitschke and Carmichael held a civil ceremony in South Australia.

Carmichael finished her sentence: “–but we never put any energy into when it would happen, because who would have known, right?”

One stranger was among the guests at the early morning do in Tasmania: longtime marriage equality campaigner Rodney Croome. Carmichael said they didn’t know Croome, but felt it was important to invite him “after everything he’d done”.

“He was so grateful that we’d [invited] him – but we felt like he’d done something for us! All the years of fighting, he deserved it.”

Croome, who was also invited to give the wedding toast, said it was a “privilege” to attend the ceremony.

“I’ve been to weddings of gay friends in New Zealand and in the British Consulate in Sydney and it was so wonderful to attend a wedding at home here in Australia,” he said.

History made, Kitschke is looking forward to living as part of a happily married couple “like everybody else in Australia”.

And their immediate plans?

“We’re off to drink more champagne!”

Read more at: BuzzFeed LGBT.
Have you found the right one, or are you still searching?

Previous Post: Least Desirable? Gay Asian Men Talk Sexual Racism and The Impact It Has On Everyone Next Post: Watch The Brand New Trailer for Coming Out Movie Love, Simon