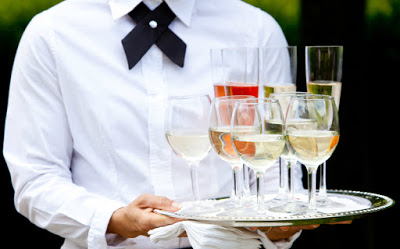 “I have chills just thinking about it.”

When I was 22 years old, I was sexually harassed while working as a server at a well known chain restaurant. I’ll save them the publicity.
It was getting towards the end of a busy Friday night. We ran out of the soup one of my guests had ordered. I called for it on the microphone, and the kitchen replied that it was on its way. As I waited, eventually getting impatient, I called for it again. This time, as I finished calling for the soup, a man in his 40s, whomI only saw when I needed to go to the back for straws, came around the corner with a bag of hot soup.
I watched him use a small plastic-cutter to open the bag the soup was reheated in and pour it into a container in a hot water bath. When he finished, I filled a bowl with a ladle of soup. He didn’t leave, however. He stepped directly behind me. It felt rather close, but my first thought was he was just waiting to see which other soups we were low on.
That’s when I felt him run that same plastic-cutter down my back. He started just below my neck, where my dress shirt collar met my shoulders, and ran it down my spine. I have chills just thinking about it. He nearly made it to my butt when I was finally able to side-step away. I put my soup on a tray and left the kitchen. As I dropped the food off at my table, I faked a smile the entire time, just trying to process what just happened. When I finally got a free second, I went up to a female server I was friends with. I had just transferred to this location, and she had been so nice the last few months. I was in shock, so I just blurted out what happened. She hugged me and told me that we needed to tell the manager. She also told me this guy had done things like this to gay servers before. She was disgusted. For a split second, it felt like she was angrier about it than I was.
It must have been the rush of it all, but I let her grab the general manager, who pulled us into his office. She held my hand while I told him what happened. I was shaking. I’m shaking now just thinking about it again. He heard what I had to say, and told me he would take care of it. I left his office.
Not even a half hour later, when I was ready to close out for the night, the general manager asked me back into his office. When I entered, not only did I see the man who had sexually harassed me, but also another male coworker. The manager asked me to close the door. He said the coworker was there to translate. I was so confused at what was happening. It took me a second to process. Then I realized. He brought us all in there so that my harasser could tell his side of the story.
His side was a 100% dismissal of the events I had experienced. He claimed that, if he had in fact touched me, it was just because his hand slipped. He scoffed at the idea that he’d do that to a guy. He had a wife, he explained. He then took the time to say I should have just been patient and waited for the soup to come out.
Nothing happened to my harasser. The general manager told him to stay away from me; he told me to tell him if there is another misunderstanding that he can help clear up. That’s what my harassment had been boiled down to: a misunderstanding. I felt embarrassed. I felt ashamed. I felt stupid. Not only did I have to sit through my harasser lying about the incident, but I had to do it with someone I didn’t decide to tell. Now here was this other person, a straight male, who was privy to my harassment. It was a kick in the gut while I was fighting to get off the ground.
Read more at: HuffPost Queer Voices.
Have you found the right one, or are you still searching?