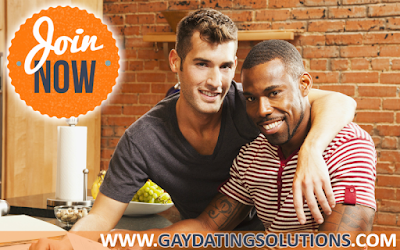 Expert advice and relationship tips on the best ways to form a tighter bond, unlock more happiness, take on tough issues, and keep your marriage solid for a long, long time.

Every marriage (gay or straight) has its bumps, and they can pop up at any time. What’s important is that you learn to navigate them smoothly—before they send your relationship into a ditch.
No matter how far along the marriage highway you’ve gone, there are some simple, fundamental rules of the road. Putting them into practice isn’t always easy, but it’s critical. If you do play by the rules, you’ll make your marriage stronger, and the good stuff—fun, sex, trust, affection—will be better than ever. Try these little things to make your marriage happier right now.

Build up your love balance

Boredom, frustration, and everyday irritations can douse the spark between you and your partner—and more of the same certainly won’t feed the flame. Making the good stuff your top priority will. Here’s how to do it: First, consider that it takes up to 20 positive statements to outweigh the harm done by one negative one—or by a steely squint or impatient “humph.” So do more of the former, less of the latter. Compliment your husband on his new shoes, or on his new polo shirt. Thank him for helping around the house. Call his office for a quick “thinking of you” check-in (don’t discuss household chores or bad report cards). Be sure these compliments and thank-yous are heartfelt and specific. Give him a “glad to see you” hug and kiss when you get home. Surprise him with coffee in bed on a rainy Sunday (then stay to talk). Revel in the best qualities; let faults slide.

Human touch aids the release of feel-good endorphins, for giver and receiver. So link arms as you walk into the grocery store. Brush his cheek with your fingertips when you smooch good morning. Touch is a complex language. It pays to improve your vocabulary. (Don’t miss the signs that you’re in a healthy relationship.) Adding more of this kind of touch will help you build a fortress of love. That’s important, because a couple who form a tight unit can weather any storm (and are better able to stave off infidelity).  Make a commitment to spend up to 30 minutes a day chatting with each other about everyday plans, goals and, yes, dreams. One rule: no household-management or “what about our relationship” talk. This is time to build a friendship. Studies show that being friends pays off over time, ensuring a closer, sexier union. And don’t forget to make time for intimacy, even if you must log it in your day planner. Schedule sex? Absolutely, if necessary. Spontaneity is great, but if either of you hungers for affection or physical love, don’t wait for that special moment. Another thing you shouldn’t wait for: chances to celebrate success. And even small victories deserve recognition. If your marriage is humming along, that alone is worth celebrating. Dine out where you had your first date. Or book a midwinter-deal trip to Paris. You’ve earned it.

It’s tempting to blame your partner when you feel angry, disappointed, bored, betrayed or stressed out about your marriage. Then it’s a short hop to seeing your mate as the one who must change for the marriage to improve. That’s a cop-out. Trying to improve your partner puts him on the defensive and casts you in a dreary role. The result? Nobody changes. Nobody takes responsibility. Everyone is unhappy. And making your husband the bad guy means ignoring the 90 percent of him that’s good. The true fix: Change yourself. When you address your own flaws and seek the best in your partner, magic happens. Optimism increases. Your husband feels better because he feels appreciated, not chastised. And you both feel motivated to change in ways that lead to even more joy. Each day this month, pick something, big or small, that you like about him or her. Then name it. Then think of a specific act that backs it up. Finally, honor your own imperfections. Sometimes we blame ourselves for all that’s off kilter in our marriage. Too much guilt can paralyze. So, think of qualities you value, tell yourself you have them and think up real-world examples.

The single most powerful step you can take to keep a same-sex marriage solid? Speak less and listen more. Blame, insults, criticism and bullying predict a bad end, or at least a living hell. When talk turns combative, don’t interrupt, offer a solution or defend yourself too soon. When feelings are at issue, they need to be heard. So nod, rephrase or provide a soft “um-hum” to show you honor the emotions behind the words. Sometimes, all we really need to do to feel closer to someone is pay closer attention to what it is that they’re saying.
Have you found the right one, or are you still searching?